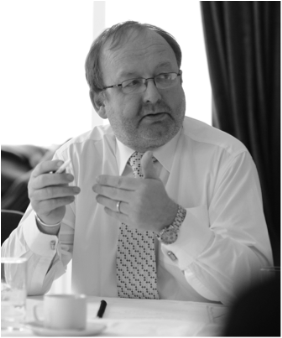 Gareth has been focused on  supporting the design of new schools from an education perspective for over 16 years, working throughout the UK and also extensively internationally.

Having worked in schools for many years he understands how schools work and how the smallest design change can impact the efficiency / effectiveness of spaces.

As a 'trouble shooting' Headteacher he very successfully led four secondary schools, three in London and one abroad, including two simultaneously.

Gareth now works as the senior educationalist for a number of organisations, including school groups, local authorities, architects and major construction companies, advising on a range of significant education building projects across the UK and abroad. He also works for several international school groups on projects around the world, most recently in Bermuda, Egypt, Greece, Panama, Qatar, Romania, Slovakia and Spain.

Gareth is the only person in the UK to have been awarded the American ‘Accredited Learning Environments Planner’ status, and is one of just six people worldwide recommended by the Qatar Foundation as Education Planner for their new school projects.

Gareth was previously the Senior Strategic Development Advisor (Education) to the Minister of Education of the Cayman Islands, working at the highest levels of government and playing a pivotal role in transforming the Cayman Islands’ education system, including the design of 'cutting edge' new secondary and primary learning environments.

Previously a school governor, Gareth is currently a Board member of the Chatmore British International School in Bermuda as it explores expansion.